Is Smart Home Tech the best solution for Smart Aging

Baby boomers are a pretty self-reliant lot. We want to age on our terms, and that means for most of us – actively, and independently. Generally, it means ‘aging in place’ in our own home, with the comforts and familiarity of personal possessions. We also want to be close to family and friends and free from the regimen of a care home.

We do not want to be a burden on family or society. Yet, we know that funds to support the aging population are declining. Government and community aged-care budgets are tightening.

To stay at home, agers must be mindful of the potential for age-related decline in capabilities. That includes hearing, vision, muscle strength or working memory loss. Injuries can also cause short or long-term impacts on our abilities.

Following our highest value of independence is social interaction. We don’t want isolation in our homes with no one to interact with.

The good news is that…

Recent research from two perspectives points to an exciting future for aging-in-place supported by technology.

What the experts are saying…

In 2019 Perkins Eastman surveyed Senior Living Industry experts. They produced the Perkins Eastman 2019 report on ‘The State of Senior Living: An Industry Grappling with Autonomy’. In it, they identified several significant upcoming disruptions to their industry. 83% point to aging-in-home or community as the leading disruptor followed closely by technology (76%). These two factors interlink as it will be the technology that facilitates aging-in-home. According to the study, nearly 80% said that technology would allow for more autonomy. Wearable monitors and online grocery shopping showed up as extremely or very important.

Agers, rather than industry leaders, were surveyed by AARP in 2019. The 2020 published report determined that the trend towards technology is being driven by up and coming baby boomers. As the middle-agers move into the baby boomer category, they bring more sophisticated tech skills with them.

The survey found that almost 132 million Americans aged 50 or more years will spend upwards of $84 billion a year on technology products by 2030. This group are adopting technology at about the same rate as the 18-49 age group.

Even so, the study found a large percentage, even in the older age ranges uses technology. Of those aged 70+, 62% owned smartphones, 40% used tablets while only 20% had smart homes, wearables or home assistants. One in seven over fifty already use Google Home or Alexa, and of those, 50% use them daily.

How tech will transform your future…

The tech revolution is quietly creeping up on us. Artificial intelligence, (AI), virtual reality (VR) robotics enable tech that will disrupt aging. Even now, the internet of things (IoT) underpins home automation. We won’t even see it coming, but we will love the freedom it brings.

Industry experts and AARP surveys agree that smart home technology will enable aging-in-place. Agers are looking for technology and devices to deliver convenience, safety and peace of mind. Health and wellness applications come a close second.

“The number one technology you need in a home to help you stay in it for longer is a home security system,” says Laurie Orlov, founder of Aging in Place Technology Watch. “Second, there should be some form of social engagement technology in the home, such as a smart speaker, so people are not isolated. And these both depend on number three, which is having some form of high-speed Internet access into the home.”

What to look for when choosing a Smart Home system

A security camera at the front door is a must. It should be wirelessly installed and able to send motion detection alerts to a smartphone. Also, high definition (HD) recording, even at night, and in all-weather conditions are serious considerations. A camera could be stand-alone or connected to an integrated Smart Home system.

A device that can turn off appliances (such as a stove) when not in use could be a vital addition to an ager’s home. They are only available for electric stoves at this stage. Gas stove devices are in development. Consider how the timer works, where to place the sensor and how the stove restarts after activation. These may differ between devices. Once again, it could be stand-alone or part of a Smart Home System.

Check out the Adobe Home Security System. It is well-reviewed and integrates with Google/Alexa/Apple. It evolves in response to individual requirements.

While the adoption of this technology is generally 10% or less, the percentage interested in purchasing is between 38% and 59%.

Why stop with security? Now might be the time to invest in that robot vacuum cleaner or lawnmower!

Falls are one of the most significant risks of aging-in-place. Up to now a PERS device; a pendant worn around the neck, has been the best option. More recently, there is a move to wrist devices. Apple watches have a fall detection feature. It is automatically turned on during the watch set up process if the user is over 65.  If it detects a fall, it sends a user notification. If the user doesn’t dismiss the alert, it notifies emergency services.

Yet, research shows that a significant number of falls occur in the bathroom when a wearable may not be worn.

Vayyar Imaging is a company best known for its 3D sensor imaging technology. It has recently launched a new product called Walabot Home. This system uses advanced sensors to detect falls and automatically call for help. It is especially useful for bathrooms. It could also be expanded throughout the house. Family members can monitor regular daily movements of their elderly relative. E.g. Has the person entered the kitchen in the morning at their usual time? If daily routine changes an alert triggers.

Telemedicine apps now allow for remote access to healthcare services, without the need for a visit to a clinic. Simple online connection to health practitioners, for non-urgent matters, saves time and money.

Vital tech takes this type of health care to a whole new level. The platform aggregates patient-generated health data onto a single platform. A patient logs daily vital signs, exercise and nutrition diaries. Wrist wearables detect and report vitals like heart & respiration and step count. They also act as fall detection, emergency call out and even medication reminders. Care teams review this data between visits. The system encourages patient engagement in their health plans. At the same time, medical services keep an eye on them for any changes that might need further attention.

The FDA has even approved a Smart Pill. The system works by sending a message from the pill’s sensor to a wearable patch. The patch transmits the information to a smartphone app. Patients use their phone to track whether medication has been appropriately ingested. Approval of AbilifyMyCite is for mental health applications only at this stage.  Still, it is only time before other applications tested.

If you ask an older person whether they would use Virtual Reality (VR), you may get a negative response. Yet, aged care facilities using the technology report benefits are far exceeding expectations. Users are wearing a VR headset to play brain-stimulating games. They experience travel, concerts or relive memories from their armchair.

WellnessVR has specific VR applications to reduce stress and promote wellbeing in seniors. Imagine immersing yourself in travel destinations, arts and culture or relaxing nature from the comfort of your home.

We know that over 60% of older adults use a smartphone, and around 50% use tablets. Most owners use them daily, mainly for emails. 55% of owners use them for accessing social media, primarily Facebook. Social media is vital to address the second problem of aging in place – isolation.

However, some novel applications are appearing, adding to choices to reduce loneliness.

ElliQ from Intuition Robotics is a robot helper for older adults. She is very interactive, with emotional intelligence as well as artificial intelligence (AI). Her face lights up when she talks, and she seems to have a personality.

Unlike Alexa, which is reactive, ElliQ is proactive, and when she gets to know you, she can make suggestions.

The best part is that it is voice-activated, so no typing to interact. An older person can keep in touch with family who has an ElliQ with picture and video messages. They can stay in touch with the outside world to get information or learn new skills. Personal, as well as family schedules, can be kept as well as reminders issued.

Not so cheap at around $1,500 but she talks in a human voice rather than your best friend pet. She may even be less expensive than a pet!

Not ready for a real pet? Maybe a Joy For All companion pet might be the answer. No vet bills, just love, is what the company says you will get with your robotic companion cat, kitten or dog. Simply petting a purring kitten, which looks and feels like the real thing, calms and soothes like a real pet.

The industry expert survey cited robotics at the bottom end of impacts. However, these examples show innovative uses of robotics as well as artificial intelligence adding value.

That only leaves driverless car tech to languish at the bottom of the survey. What if driverless cars meant agers could keep their drivers’ licences and their prized independence? I bet they will take up the option rather than losing their mobility.

Not quite there yet…

We have established that baby boomers are increasingly tech-savvy. Adult children are also assisting their parents to install home tech. Still, some issues remain.

The AARP survey noted there is good take-up of phones and tablet technology. Despite that, only 20% were utilizing smart home applications. Affordability could be an issue. However, as technology costs reduce, more and more agers will be in a position to adopt.

Usability is a crucial challenge for seniors. NNGroup.com research indicated that readability remains an issue for seniors. Small type, interactive elements such as buttons, drop-downs and links are too small or hard to see. Error messages are meaningless and confusing.

At Futurepace Tech, we research and write about Smart Aging.

Click Here to join our growing band of Smart Agers, looking to use technology to improve longevity and make every damn day count!

Is Smart Home Tech the best solution for Smart Aging 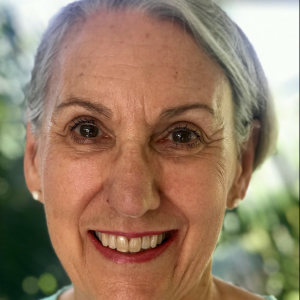 The game is visibility in the search engines and for our purposes that means Google. Not only does an SEO

Trains are Great for travel